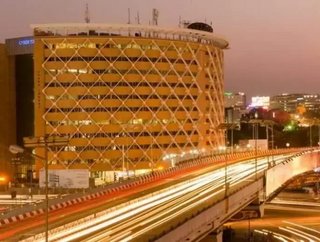 The Architecture and Design Foundation (India), Alliance Française, Hyderabad in collaboration with city of Bordeaux are organising a one week workshop...

The Architecture and Design Foundation (India), Alliance Française, Hyderabad in collaboration with city of Bordeaux are organising a one week workshop on urban design as a part of “Indo-French Architecture Students’ Exchange Programme”. With active support from HMR, about 60 architecture students and professors (13 from France and 47 from various architecture colleges of Hyderabad) are participating in this workshop to conceptualise development of Moosarambagh and New Market Metro Rail stations as heritage tourism points and link them with redevelopment of Raymond’s Tomb heritage precinct in Malakpet. The idea is to generate awareness about issues of urbanisation and encourage architecture students, professors, eminent architects and neighbourhood communities to participate actively and contribute to improve the environment and tourist potential of the city.

Hyderabad Metro Rail, which is the world’s largest project in public private partnership (PPP) mode covering 72 kilometres, is being built not as a simple engineering or transportation project, but is being utilised as an urban redesign opportunity to transform Hyderabad into a people friendly green city. Metro Station areas are being developed as hubs of social activity and family recreation with greenery, provision of street furniture, bicycle facilities, sidewalks, sky walks and other pedestrian facilities, etc. Metro Stations which are close to heritage structures and monuments will be developed as tourism linkage points and non-polluting battery operated feeder vehicles, bicycle, sidewalks facilities etc, will be developed to access these sites and improve the tourism potential of Hyderabad. Metro Station areas will also host public art and other socio cultural events to make the Metro system an integral part of Hyderabad’s life, culture and ethos.

tourism potential. Popularly known as Monsieur Raymond, General M J M Raymond was a popular French General in Nizam’s military in the late 18th Century and he was the founder of the Gun Foundry in Hyderabad. Apart from being a military genius liked by the Nizams, he was extremely popular among the general public and he was fondly called “Musa Ram” by Hindus and “Musa Rahim” by Muslims. This part of Malakpet over time became “Moosarambagh” after him and his tomb, which is a fine piece of architecture, is about a kilometre away from both Moosarambagh and New Malakpet Metro stations. Based on the ideas emerging out of this workshop, HMR and other Government organisations will develop these two stations and Raymond’s Tomb heritage precinct as a prominent tourist area of Hyderabad. Origin of Metro station/locality names, list of nearby heritage structures, monuments, places of importance etc., will be displayed at the Metro stations, said Mr N V S Reddy, Managing Director of HMR.

The participants of the workshop visited “Moosarambagh”, “New Market” Metro Rail stations and General Raymond’s Tomb heritage site and the group will work for next one week on this project. Professor Kent Fitzsimons, Professor Hocine Aliouane Shaw of France, Architect Mr G Srinivas Murthy and HMR CGM Mr M D Ziauddin were among the participants in the workshop.