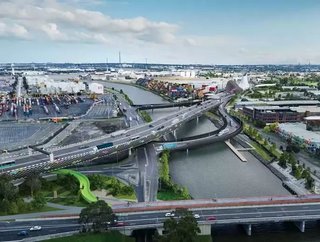 A major breakthrough has been made in much-scrutinised West Gate Tunnel Project in Melbourne, Australia as the finalisation of contracts was announced...

A major breakthrough has been made in much-scrutinised West Gate Tunnel Project in Melbourne, Australia as the finalisation of contracts was announced.

Transurban and the Government of Victoria have awarded construction contracts to CPB Contractors and John Holland to jointly build and manage the new route under the Yarra River.

Costing around $4.16bn, construction is set to begin next year and will be finished in time for a 2022 opening, providing an alternative river crossing to the West Gate Bridge.

Design and construction works include widening the West Gate Freeway from eight lanes to 12 between the M80 Ring Road and Williamstown Road; a 2.8km eastbound tunnel and 4km westbound tunnel under Yarraville; a new bridge over the Maribyrnong River; an elevated road along Footscray Road to the Port of Melbourne, CityLink and the city’s north; and major new cycling and pedestrian paths.

John Holland’s Executive General Manager VIC, Trevor Hall, said he looked forward to working with the community to deliver this important piece of infrastructure: “Our solution features urban design with high social and environmental value. We will work in partnership with residents and other stakeholders to ensure the project provides exceptional outcomes.”

The awarding of contracts is a major breakthrough for a project that has been subject to scrutiny over the course of the year.

In particular, there has been debate as to whether it will help ease traffic congestion. Transurban says it will take around 28,000 vehicles off the West Gate Bridge and 22,000 off the Bolte Bridge every day and improve travel times by up to 20 minutes for drivers.

However, a study conducted by Melbourne City Council said the new road system could result in a bottleneck of traffic flowing into the northern parts of the city which will cause rush hour to last between 12 and 14 hours.

Further details on the project can be found at: www.westgatetunnelproject.vic.gov.au.