Construction roles offer women excellent pay and prospects– so why do so few join up? 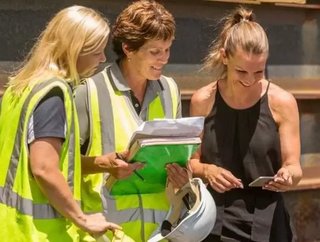 A survey by AXA incorporating over 500 business owners in November 2016 found that a tradesmans take-home pay was typically 15 percent higher than that...

A survey by AXA incorporating over 500 business owners in November 2016 found that a tradesman’s take-home pay was typically 15 percent higher than that of a self-employed professional, and 37 percent above that in the retail or services industries. Startup tradesmen turn a profit fastest too – within the first three months on average. And 71 percent of tradesmen go full-time within a year, compared to 55 percent of professionals.

With such good prospects, the study questioned why so few women are taking up the tools of the trade. According to AXA’s customer data, taken over a five year period from January 2012 to December 2016, just 5.2 percent are women, far fewer than the 1 in 10 commonly quoted. And, for the record, women account for just 1.8 percent of ‘white van’ drivers on the roads today.

Gardening is the first UK trade to see a significant number of women: AXA’s figures show a 27 percent representation among business owners. The five ‘men’s jobs’ that are most in need of female recruits are: stonemason, heating engineer, plasterer, electrician and plumber.

Despite the low numbers, those pioneering women who have entered the building trades are having a busy and prosperous time:

Longer hours worked outside the home may make the trades less attractive for younger women who are juggling childcare with their work. Another reason put forward is that the traditional routes into the trades are outside the education system – through apprenticeships, on the job training, or businesses passed from father to son (ten per cent of tradespeople inherited their firms).

“This means the trades are rarely promoted to girls when they are making their career choices, even though training to be a plumber or electrician could be as good – if not a better – option than university for many”, says Darrell Sansom, Managing Director, AXA Business Insurance.

“There is also the stubborn persistence of the ‘cowboy builder’ headline in the media which is rarely balanced by the many positive stories of decent tradespeople that we see. Seventy-two per cent of women surveyed last year said they thought the ‘cowboy’ stereotype was true of tradespeople. There is definitely an image problem there, and it is deeply unfair.”

“There is an economic side to this too, which is every bit as important as getting more women onto FTSE 100 boards. The government pledged a million new homes and £500 billion investment in infrastructure projects by 2020 – that’s a huge part of our economic life for women to miss out on. It is hoped there will be more encouragement for small firms, led by both men and women, to benefit from these opportunities.”