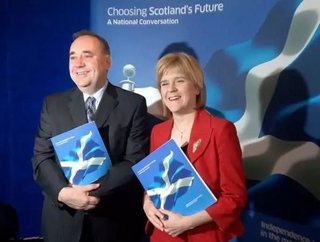 When the result of the Scottish Indepencence Referendum became clear early on Friday morning, many in the construction industry breathed a sigh of relie...

When the result of the Scottish Indepencence Referendum became clear early on Friday morning, many in the construction industry breathed a sigh of relief. The feeling was that a breakup of the United Kingdom would have had several negative consequences, at least in the short term, for the sector. Here are just five reasons why construction should welcome the 'No' vote.

At a time when the economy finally seems to have turned a corner, and construction is performing well, (in August, the UK’s construction output was at its highest level for seven months), the uncertainty in the market created by the many unknowns of independence would be unwelcome.

The industry would be hit by a nervousness to invest in a country that faces an uncertain future, and in which questions over currency and EU membership remained unanswered right up to polling day.

The housing market was a key area of concern for those opposed to independence. The property website Zoopla claimed a Yes vote could have wiped £31,000 from the average Scottish house price, with the relocation of businesses south of the border seeing a flood of homes coming on the market at once, and driving down prices.

Zoopla said independence would make it harder to get a mortgage, with fewer lenders operating in Scotland, increasing rates, and therefore less new builds.

The UK government’s ‘Help to Buy’ scheme would also likely have been lost. As one of the key drivers of the housing boom, and a major factor in the construction sector’s resurgence post-financial crisis, losing the scheme could have undone much of the progress made.

Voices from the oil and gas industry came out in favour of the union, claiming that uncertainty in the event of a ‘Yes’ vote would have affected investment, development and production.

David Edwards, Chief Executive of England-based OGN Group, a provider of oil and gas engineering and construction services, released a statement on the subject, in which he said: “Uncertainty has always been one of the biggest threats to a successful UK oil & gas industry. Investment could grind to a halt while tax, decommissioning, legal and boundary issues are debated, which will not only impact on the potential tax revenues, but also lead to a slowdown on projects that will affect jobs in the wider supply chain.

“The oil & gas sector is a UK wide industry and creating a new border will transform inter-union trade into international transactions, which will increase costs to Scottish industry at a time when exploration and recovery of the remaining resources is already becoming more expensive.”

In the event of a 'Yes' vote, the Scottish government had proposed a rise in the minimum wage in line with inflation each year, something that is not set to happen south of the border. This proposal, though good news for workers, would have hit construction companies by raising labour costs, and made Scotland a less attractive place to work.

Construction intelligence specialist Barbour ABI produced a report on the effect of independence on Scotland’s future pipeline of work, which is worth more than £38bn.

Of that figure, 21 percent, some £8bn, is proposed by companies based elsewhere, with the majority in other UK countries.

Barbour claimed that uncertainty over whether Scotland would continue to use the pound, as favoured by its First Minister, or be forced to adopt another currency, (the more likely outcome), may have led these companies to cancel or defer their Scottish projects.

The report said that as Scotland is represented strongly in sectors under the public sector’s influence, and that break-up negotiations would likely be long and complex, these public sector contracts were at risk.

Add to this the significant number of projects in the renewable energy sector, and the potential loss of UK government subsidies to such work, and it seems even more of a relief to the construction sector that a ‘No’ vote was the outcome of the referendum.