Learn the Lessons from These Construction Cost Control Nightmares 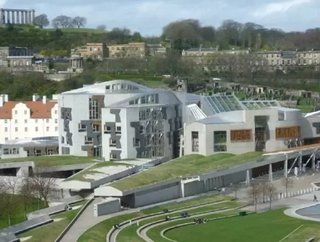 Nightmares still happen to even the biggest construction projects, where costs and revenue are not properly estimated.Construction is all about estimati...

Nightmares still happen to even the biggest construction projects, where costs and revenue are not properly estimated.

Construction is all about estimating costs, then balancing income against expenditure. At least in modern times. The builders of the pyramids had armies of slaves to construct their magnificent monuments, plus the resources of an empire, so costs didn’t matter. Nowadays, construction companies must operate like street magicians who keep plates spinning in the air.

Inevitably though, once the plate marked ‘costs’ starts to wobble, those marked ‘income’ and ‘expenditure’ also go out of control … Such construction cost estimating issues are spreading fast, even to Germany’s oft-praised economy as this TV clip shows: German Inefficiency: Soaring construction costs draw taxpayer anger So why do such nightmares happen?

Don’t get drawn in by ‘the vision’

Sometimes the architect’s vision is so compelling that it receives a green flag, when it deserves the red. Britain’s most spectacular example is Holyrood, the Scottish Parliament. In 1997, its cost was estimated at between £10m and £40m; and the yawning gap really should have set alarm bells ringing.

Instead though, the building went ahead and opened in 2005, three years late, and with a price-tag more than ten-fold the highest ‘estimate’ at £430m. By 2013, annual maintenance costs had soared to £1.7m, mainly through shoddy construction techniques, and in 2014, demolition was suggested as the most cost-effective option.

Budgets can also go awry because clients just can’t stop tinkering. Research by Reading University’s Simon Jackson concluded: “Clients are the key drivers of change, and must look at themselves, before blaming the industry for being inefficient.”

On occasions too, projects can be judged so important for a nation’s status that a government blithely ignores the estimated cost. Topping this global League of Shame is the 2004 Olympic Games, intended to herald Greece’s renaissance, but which became a symbol of its subsequent economic collapse. Even years later, as its stadia have become ivy-clad ruins and grand highways lie crumbling, no-one knows the final bill. The Socialist Party which was in power claims 4.8bn Euros, the opposition reckons 10bn, and both estimates ignore the cost of a new airport and high-speed tram network for Athens.

Even Spyros Kapralos, who headed the Hellenic Olympic Committee, doesn’t know and admits: “There was a lot of creative accountancy. A lot of the works were done in such speed and haste they cost a lot more than they should have done. I’m not happy.”

To be kind, the Greek organisers suffered a collective bout of ‘irrational optimism’, which can affect those who perform construction cost estimating. Erik Angner, a professor of philosophy and economics at the University of Alabama, explained his take on the subject to the Wall Street Journal. “It’s conceivable that bidders are lying, but it’s also conceivable they managed to convince themselves they can do it as cheap as they say.”

So what’s the most obvious solution to cost control nightmares?

Use specialist construction cost estimating software to properly estimate the cost and then keep expenditure and revenue in synch. Then even if clients feel the need to tinker, you’ll have the certainty and precision to understand the potential impact of their variations. Takeaways

Beware the temptation of being unrealistically optimistic – both from the client’s and your point of view.

Keep the clients in check – if their demands become unrealistic within the budget, tell them early.

Use software to properly estimate the costs and keep up to date with your expenditure.

Avoid the most common estimation mistakes

Don’t come across anymore pitfalls; get your free copy of the eGuide: Avoid the Construction Project Estimation Pitfalls