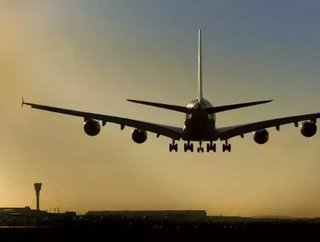 Proposed plans to construct a new runway and increase airport capacity at Heathrow or Gatwick airport have yet again been delayed as a result of Britain...

Proposed plans to construct a new runway and increase airport capacity at Heathrow or Gatwick airport have yet again been delayed as a result of Britain’s decision to leave the EU alongside David Cameron’s shock resignation as Prime Minister. Plans for the runway’s £17.6 billion construction has seen repeated delays since plans were announced, and will not be looked into again until October 2016, when a new Prime Minister is appointed.

The decision has infuriated businesses, who have stressed the need for an extra runway due to Heathrow reaching maximum capacity, with 91 percent of firms viewing an extra runway to be crucial; alongside residents who now face uncertainties and ongoing concerns with sound and pollutions levels emitted from the proposed construction.  Paul Drechsler CBE, CBI President said: “Our new analysis shows that our European rivals with spare capacity will be gaining at the UK’s expense, cashing in on their own thriving connectivity, if we fail to get on and build a new runway. By 2030, better capacity will see German trade with the BRIC economies alone grow by an additional £15 billion, and French trade grow by £7.5 billion – trade that could and should be coming here.”

John Holland, Heathrow’s Chief Executive stated that it was important that the government make a decision despite the Brexit vote to ensure Britain’s business and trade links stay strong and are maintained:

"It will allow British exporters to trade with all the growing markets of the world, strengthening Britain's position as one of the great trading nations. And at a time of uncertainty a £16bn ($22bn) privately funded infrastructure investment will create jobs and growth across the UK. Government can send the strongest possible signal that Britain is open for business and confident in its future by expanding Heathrow."

Originally planned to be constructed at Heathrow in July 2015, plans were put on hold in the December when further investigations surrounding pollution and increased sound levels upon neighbouring buildings were undertaken. The introduction of a third runway has caused upset to many local residents, who want an answer from the Government in the construction of a proposed runway. The group Stop Heathrow Expansion has stated on their website: “the threat of a third runway means people live with the very real possibility of having to leave their community to make room for more planes, more pollution and more noise.” David Cameron’s successor will have to make the ultimate decision as Prime Minister as to whether a new runway will be ultimately undertaken, with compensation provided to residents who may have to move as a result of the change.