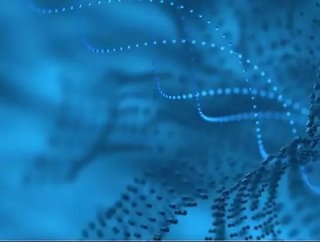 The report documents how the District could save $5 billion with smart surface strategies, such as cool roofs, green roofs, solar PV and porous pavements while enhancing health and liveability and cutting summer peak temperature.

Partners in this work include the American Institute of Architects, the National League of Cities, DowntownDC BID, USGBC, the National Housing Trust and the Chesapeake Bay Foundation.

“This report represents a major step in understanding and quantifying the benefits of adopting cost-effective strategies to manage sun and rainfall at a city level,” said Greg Kats, lead author of the report.

Rainfall and the effects of sunlight are under managed by cities and city planners, in turn costing cities billions of dollars from avoidable health-, energy- and storm water-related costs while undermining liveability and resilience and contributing to climate change. The 61 square miles of surface in Washington, D.C. include 16 percent roofs and over 24 percent paved area.

As a result, the District, like most cities, suffers from higher summer temperatures and lower air quality than surrounding suburban and rural areas.

“What this report convincingly demonstrates is that there are cost-effective technologies and strategies for managing sun and water that will deliver billions of dollars in financial benefits to the city and its residents,” said Dan Tangherlini, former Washington, D.C., city administrator and former administrator of the U.S. General Service Administration.

“Delaying this transition would impose large financial and social costs, particularly on places of lower economic opportunity [and on] the elderly and children. We now have the roadmap—now we must follow it.”

Implementing these smart surface solutions city-wide would cost-effectively achieve a range of sustainability, liveability and competitiveness objectives, including:

Broad deployment of these smart surfaces solutions would cost-effectively reduce health and energy costs citywide while increasing employment, resilience and liveability for its citizens, institutions and companies.

"Capital E helped make the business case for green building with its research in the early 2000s, and this new research is equally important in showcasing the sustainable built environment’s financial benefits at the city scale,” said Mahesh Ramanujam, president and CEO, USGBC. "The Achieving Urban Resilience report provides U.S. cities with an actionable framework to engage private sector partners on solutions to advance public health, equity and climate resilience."