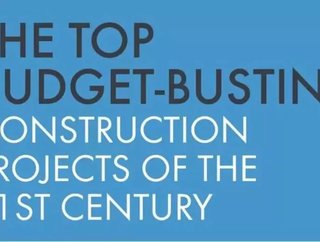 The World Cup stadia fiasco is the latest high-profile project where management failed to monitor costs and revenue.As the World Cup 2014 approached, Br...

The World Cup stadia fiasco is the latest high-profile project where management failed to monitor costs and revenue.

As the World Cup 2014 approached, Brazil's chaotic stadia programme was still limping to its long-overdue conclusion. With the $3.4 billion cost almost 50 percent over forecasts, the country's construction industry is paying a heavy penalty for its failures.

However, massive construction cost management overruns are even possible for the company whose technological nous has earned it global acclaim - Apple. Steve Jobs unveiled plans to construct a futuristic new HQ in California in 2011 and reckoned it could be built for less than $3 billion. Already, before work even starts at the 100-acre site, the estimated cost of the 'spaceship' design has hit $5 billion ... and it's three years late.

The West Coast has another big name in the construction cost management League of Shame, as the $6 billion bridge across San Francisco Bay was a remarkable six years late and five times over budget.

The war of words between the US and China covers everything from cyber-security to trade tariffs, but the latter certainly can't crow over its rival's design and build failures. A Chinese-owned iron ore mine in Australia is not far behind Apple when it comes to budget-busting, at nearly $8bn over budget and four years late.

So how can construction cost management go so badly wrong?

Ego is a factor, as companies look to win prestige projects by bidding at under-cost or on narrow margins. However, failure to understand, calculate and accurately monitor the various cost-revenue streams remains the major influence on construction cost management failures, wherever the project is based - and whatever its purpose.