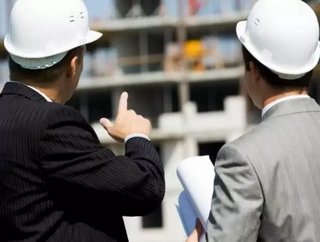 Technology within construction has seen a significant shift in the creation of smart builds and cities. We take a look at five emerging technologies whi...

Technology within construction has seen a significant shift in the creation of smart builds and cities. We take a look at five emerging technologies which will continue to transform the industry for years to come.

Increasingly utilised by construction workers and architects in the design of homes and commercial builds, the Oculus Rift virtual reality headset is making waves after previously being made popular through the gaming sector.

With integrated headphones, users are submersed into a 3D experience, allowing users to see the inner mechanisms of model buildings, inspect materials within a virtual reality setting and interact with builds before they are constructed, allowing teams to ensure swift, informed decision making.

Released in 2016, the Microsoft HoloLens will become a dominant force within the construction industry. Utilising Windows 10, the technology is able to map environments or rooms, allowing users to view holograms and incorporate objects into the real world.

Technicians or architects can utilise the technology anywhere in the world. By using Skype, users are able to ring for advice regarding how to fix potential issues by showing fellow workers parts of the machine or building which needs resolving by walking around the model and providing a closer look. The user can even order new parts through the technology, so can be effectively utilised for maintenance.

Incorporating a sixth-generation Intel Core m7 processor, the helmet is able to map the surroundings of the user, allowing users to share this information, in addition to capturing images and videos, alongside a high-definition camera. Embedded technologies also enable thermal vision within projects, ensuring worker safety.

Not much heavier than a traditional helmet worn on site and made for all weather conditions, Smart Helmets also enable workers to gain help and support remotely, reducing the time of repairs considerably, in addition to providing work instructions on site.

Although already highly used within construction to capture updates on projects and survey at a more efficient speed then traditional surveying works, drones are set to become utilised further within construction and design, providing quicker, more accurate information.

Since its conception in 2014, the Internet of Things (IoT) is rapidly shaping the way in which technologies are enabling the construction sector to build smart homes and cities.