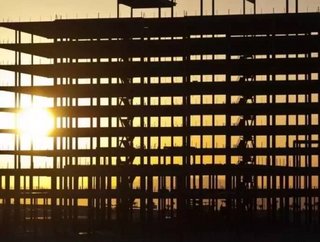 Figures released 18 September reveal that the total value of commercial & retail construction contracts in August almost doubled compared to the same month in 2013.

Barbour ABI, provider of the Government’s Construction and Infrastructure Pipeline, has published its latest Economic & Construction Market Review, which shows that the value of commercial & retail construction contracts totalled more than £870 million in August, a 95.8 percent increase on the same month last year and 17.4 percent higher than July.

The report, available to download here, also shows that the sector accounted for nearly a third (26 per cent) of the total value of all construction contracts UK-wide, with more than half of these (54 per cent) awarded in London.

On the findings of the report, Michael   Dall, Lead Economist at Barbour ABI, said: “Commercial and retail construction has seen a real resurgence recently. This is mainly due to big ticket projects in London and further afield, such as the £420 million contract for 10 Fenchurch Street and £100 million commercial developments in Branston, Staffordshire and Botley, Oxfordshire respectively.

“Once again, offices were the dominant type of project in the sector, accounting for 71 per cent of the value of contracts awarded in August, with general retailing at 23 per cent. Looking ahead, the sector should continue to prosper as long as the Capital remains an attractive proposition for investors.”

The Economic & Construction Market Review is a monthly report designed to give valuable insight into UK construction industry performance. It is compiled from Barbour ABI’s records of construction data for every UK planning application, and key indicators, such as the Office for National Statistics’ Construction New Orders data.