University of Glasgow robots may be used in construction 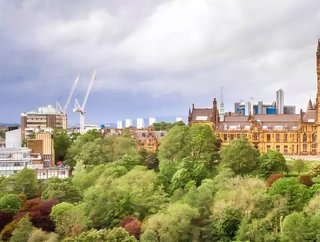 Engineers from the University of Glasgow in Scotland have developed “worm-like” robots which could potentially be used on construction sites. The team believes that the idea may spawn more robots with the capability to work in hard-to-reach places.

Nicknamed “Roboworms”, the robots are able to extend up to nine times their own body length and are able proprioception, a method that allows greater spatial awareness in organisms such as worms. Professor Ravinder Dahiya, of the University of Glasgow’s James Watt School of Engineering and leader of the BEST group, said, “Proprioception is a vital characteristic of many forms of biological life, and scientists have long been inspired to try and develop engineered systems which mimic this ability.

“Our bioinspired robots are a step towards creating soft, flexible robot systems capable of the infinite directions of movement that nature has created in inchworms and earthworms. The ability of soft robots like these to adapt to their surroundings through seamlessly embedded stretchable sensors could help autonomous robots more effectively navigate through even the most challenging environments,” he said.

The breakthrough is based on previous research conducted by the learning institution’s institution’s Bendable Electronics and Sensing Technologies (BEST) group, which has found novel ways to embed flexible electronics into deformable surfaces. The robotic technology has also allowed for the construction of intrinsic strain sensors into the worm-like robots. Each roboworm measures around 4.5cm in length. They also have a layer of ‘skin’ made from Ecoflex, a type of stretchable plastic, and a graphite paste. To help them manoeuvre, Roboworms have small, permanent magnets attached at either end of their tubular bodies, whilst sensors in their skin allow them to ‘sense’ their in relation to their bodies.

The University of Glasgow published a paper on their breakthrough with the title: ‘Bioinspired Inchworm and Earthworm like Soft Robots with Intrinsic Strain Sensing’. The paper appeared in Advanced Intelligent Systems and the research was backed by funding from the Engineering and Physical Sciences Research Council (EPSRC) and the European Commission.

In addition to their potential usage on a construction site, the University of Glasgow said the robots could also be applied to the mining industry as well as situations including disaster relief in which they could help look for victims trapped under rubble.