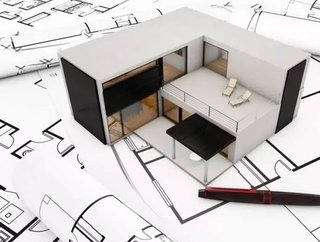 With previous experience working at Amazon Go and Amazon Books, alongside an interest in shipping container construction, CEO of Blokable Aaron Holm recognised how modular building could provide world-class solutions within the US housing crisis, where homes could be built in month’s not years. Holm has also worked to ensure that consumers can also order parts and products in a similar way in which consumers order cars in certain styles, which can be bought and delivered, creating the possibility of economically savvy and sophisticated builds.

With a heavily experienced team with over 30 years’ experience developing the modular building system, the company’s long-term goal is “to empower communities to build their own housing,” through modular construction, reducing time, cost and ultimate choice for consumers.

The “Bloks” are constructed in a factory in Vancouver and then be shipped to their final destinations. The units are compatible with current US energy standards and have been constructed to LEED standard, with sophisticated technologies embedded. Once installed, many varieties in the building’s design can be remodelled or relocated in future, with five storeys able to be stacked, and are also built to counteract extreme conditions, such as earthquakes.

The start-up venture has won a multitude of investors, such as CEO of Zappos, Tony Hsieh, who sold the company to Amazon for $.1.2 billion and owns land within downtown Las Vegas, alongside entrepreneur Jason Calacanis, whose business was previously sold to AOL. Both have been key sources of guidance throughout the company’s growth and ongoing success, where modular construction is seeing steady growth.