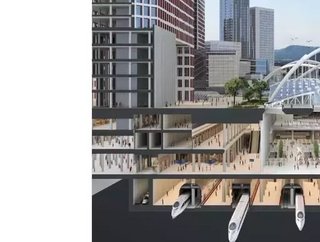 A consortium led by China Construction First Group Corporation Limited has won the bid for Section 3 of the Beijing sub-centre integrated transportation hub project, which has a total contract value of £448.3 million.

According to a report by China.org.cn, the Section 3 project has a construction area of 305,300sqm and is scheduled to be open to traffic by late 2024. Once complete, the sub-centre station will be the largest underground integrated hub in Asia, and new gateway to the Chinese capital.

The Beijing sub-centre integrated transportation hub is situated adjacent to the bank of the Northern Canal to the west, and to East Sixth Ring Road on the east. The 70-hectare site is one of Beijing’s top 10 railway hubs, and bridges the coordinated development of the Beijing-Tianjin-Hebei region.

It is also the only major railway hub connecting the two major international airports in Beijing to the city’s central business district, as well as being the only interchange hub in the sub-centre that links the Beijing-Tianjin-Hebei region with the central area of the Chinese capital. Work on the project began in November 2019.

"This project is of great significance in promoting the coordinated development of the Beijing-Tianjin-Hebei region, improving the functional layout of the sub-centre, increasing the influence of the sub-centre, as well as enhancing people's sense of gain and happiness," the report adds.

The design of the hub has been carried out by a team consisting of AREP, the Beijing General Municipal Engineering Design and Research Institute, China Railway Design Cooperation, and China Architecture Design Group.

AREP is a multi-disciplinary consultant owed by SNCF, the French state railway operator. The hub has been based on studies of La Défense in Paris, as well as Shangai’s Hongqiao Hub and Hong Kong’s West Kowloon Station.

The land above, presently occupied by Yangtuo village, is intended to be developed into a business district modelled along the lines of London’s Canary Wharf or La Défense.

It has been designed to be invisible from the surface, aside from large, glazed areas that will bring daylight through all three levels – which will also allow the planting of trees in underground spaces.

China Construction First Group is a subsidiary of China State Construction Engineering, which is currently the largest contractor in the world by revenue.