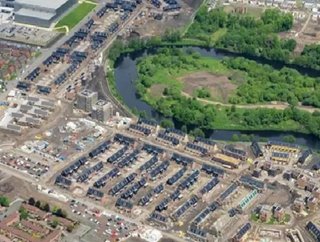 Data reveals that more than &pound;769 million has been invested in construction contracts to get Glasgow in shape for this years summer of sport, with...

Data reveals that more than £769 million has been invested in construction contracts to get Glasgow in shape for this year’s summer of sport, with more projects still in the pipeline.

New data from construction intelligence specialists, Barbour ABI, reveals that more than £769 million worth of construction contracts have been completed to upgrade the city’s sports facilities, with nearly half of this accounted for by the 35-hectare Athletes’ Village valued at £300 million.

A combined £217 million has also been spent on the Emirates Arena (incorporating the Sir Chris Hoy Velodrome) and purpose-built SSE Hydro national arena at Pacific Quay.

The data also shows that £120 million was used to regenerate existing sports facilities in Glasgow and further afield, such as a £30 million refurbishment of the Grade A-Listed Royal Commonwealth Pool in Edinburgh and an extension to the National Swimming Centre at Tollcross Leisure Centre worth £15 million.

Looking forward, more than £50 million of post-summer regeneration work is already in the pipeline – a huge boost to construction contractors north of the border.

Michael Dall, Lead Economist at Barbour ABI, said: “There is no underestimating how much work is required to get a city ready for a global sporting event, so it’s not surprising to see the huge sums of money being spent on construction contracts in and around Glasgow, both new build and regeneration, over the past year.

“With the Scottish economy now growing past its pre-recession levels, and our latest Economic & Construction Market Review showing that the country dominated medical and health, industrial and education construction contracts in the UK last month, the future is certainly looking bright for contractors over the coming months.”

The 2014 Games kicked off yesterday with the opening ceremony.