Innovative Architecture Adapting to Needs of the Times 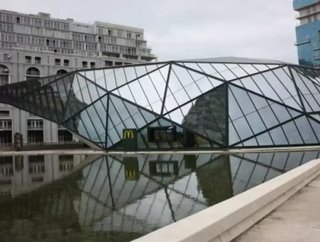 Through the years, buildings and various structures have always been markers for development. As cities grew, buildings were built to signify progress...

Through the years, buildings and various structures have always been markers for development. As cities grew, buildings were built to signify progress, most of them reflecting the innovations of their time.

And as days, months, and years passed, the most glorious of these structures withstood the test of time, standing tall and proud in their foundations amidst the hustle and bustle of their surroundings.

Architecture sure has come a long way but it still has ways to go, with innovations in architectural designs being discovered year after year. What's really impressive about buildings though is how they are made to adapt to the needs of the times. And while they are functional, they are still truly beautiful, proving that architecture is an art form.

Located at the edge of the Pontinha's historical center in Lisbon, the Braamcamp Freire Secondary School is made up of five standardised prefabricated pavilions sitting east to west on an axis that is connected by a series of covered walkways.

Originally built in 1986, the school was rehabilitated as part of the Modernisation of Secondary Schools Program implemented in 2007. By re-organising school spaces, the program aims to make better use of functional areas and make the schools accessible to local communities.

New buildings were made to connect the original pavilions to turn the school into a "learning square" with a central open space. Integration with playground areas gives the square a strong relationship with the natural topography and landscape of the area, but the move that those who believe green architecture impact bills and energy use will greatly appreciate is the fact that the new concrete panels used have been carefully designed in relation to their position to the sun to take advantage of natural light.

The challenge for the architects of the Danish Maritime Museum was that the structure had to find its place alongside the country's most important buildings and a new cultural center.

The solution was a design that put the museum below ground, highlighting the galleries as centerpieces in an outdoor are where visitors will truly feel the magnitude of building ships.

Double-level bridges have been laid out to serve as connections to various sections within the museum, connecting the new and the old in an experience that surrounds visitors in majestic views both below and above ground. All floors also slope, giving the museum a different perspective on space, which on its own is an experience already.

According to architect Alejandro Beautell, the requirements for the chapel were simple: it needed to address the requisites of a building for worship (with room for weekly liturgical celebrations able to accommodate 40 people) while at the same time optimising available resources to deal with economic issues.

Because the chapel adapts to the plot's shape, it is geometrically uneven and closely resembles a scalene triangle. This gives the structure character despite looking very plain from the outside while at the same time defining the Christian Holy Trinity tradition.

The altar is also designated as the main axis of the building, with different points representing the different stages in a Christian life, starting from baptism as it follows the metaphorical line of life.

Materials utilised were also very simple, including environmentally friendly recycled wood panels, and use of natural lighting gives the building an ascetic appeal, staying true to the life that Saint John Baptist had lived.

With the chapel as a fine example of austerity and sobriety, it is hoped that it will influence Christians to follow the same way of life.

The Walmart.com offices in Sao Paulo were designed based on results research conducted by Estudio Guto Requenato assess expectations, needs, and values within the company.

The research highlighted three points, namely the Walmart.com brand, the Brazilian identity, and digital culture. These points were applied to the structure and resulted in a guiding concept called the Urban Veranda.

The building had a prominent terrace and this is what the architects built upon, with design choices referencing Brazilian habits for relaxation and social interaction.

The office was split into five floors and each was assigned a unique visual identity to facilitate visits and locating employees. Decompression environments and lounges were integral to the design as well since these areas are believed to encourage interaction between employees, despite coming from different departments, and the free-flowing exchange of ideas.

Situated in an old working class borough in Paris on a deep, narrow plot, the original building of the Tete en L'air was nearly a shambles, but the project required that the building be preserved as much as possible to retain the street’s picturesque feel.

Aside from restoring the old structure to its former glory, the project was also designed to include a generous garden into which all living rooms open, connecting neighbors together and individuals to the property.

The Tete en L'air is 100 percent made from wood, emphasising aesthetic and ecological benefits in the homes. In a country where trends and habits gravitate towards the use of concrete, the wooden structure required new solutions to acoustic, structural, and fire issues.

It may be a social housing project, but the overall design of the Tete in L'air gives it a homely vibe that can be a source of peace and pride for its inhabitants.

Didn't think a McDonalds could be remarkable? In Batumi it was made to be so since it was located in one of the newly urbanised sections of the seaside city, integrated with a fuel station, reflective pool, and other recreational spaces.

The structure was in a central location but there was an emphasis on limiting carbon footprints, which is why it turned out to be one big building instead of smaller structures in clusters.

Nevertheless, vehicle services and the restaurant area were kept apart physically and visually to maintain the ambience of the dining spaces. Vegetation was later added to cover the giant canopy over the fuel station to add a natural environment that functions like an ecological shield for the open patio on the upper level.

With the unique Chianti hills surrounding it, the Antinory Winery is located at the half-way point between Siena and Florence, a testament to the pursuit of enhancing a landscape while expressing the social and cultural impact of a winery.

A focus on the functionality of a winery was emphasised in the design, blending natural and work environments by taking advantage of key points in the building and the surrounding area. To promote energy conservation, holes are placed throughout the vineyard-roof to let in natural light in certain parts of the winery.

Heritage-listed shop houses were being reconstructed alongside a new boutique office when the project began, following the planning and conservation guidelines being implemented by the Urban Redevelopment Authority in Singapore.

And as the result showed, architectural technology is one of the answers to environmental issues plaguing the world.

All flat roofs were turned into gardens as well, with the attic reconstructed to become a recreational lounge with unobstructed views of PARKROYAL and Hong Lim Park.

The original structure was also more imposing at nine storeys but it was made to be more intimate and feel more accessible by creating a pocket park in the heart of the structure.

Rome wasn't built in a day

When people talk about architecture, many simply have high-rise buildings in mind, thinking of these bastions of progress as merely the mix of glass and metal in the streets of their capital.

However, as these buildings have showed, integrating nature in a structure's design does not make it any less modern. In fact, it shows a more progressive way of thinking because solutions are more comprehensive.

By being more intuitive, architectural designs are able to tackle problems at their very heart and address them completely. And the result? Houses become homes and offices become creative, productive spaces.