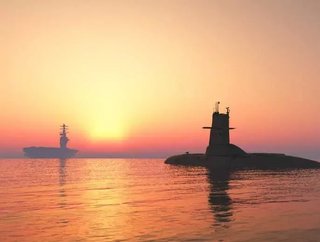 Three contractors will carry out renovation and construction work at the Faslane and Coulport submarine bases on the Clyde in Scotland, UK. A Kier Gra...

Three contractors will carry out renovation and construction work at the Faslane and Coulport submarine bases on the Clyde in Scotland, UK.

The work ranges from building new accommodation blocks and training facilities to refurbishing technical, high-security nuclear infrastructure, and could last up to 10 years.

Brian McQuade, Managing Director for Kier Construction, Scotland, commented: “We are thrilled to have been appointed to the DIO’s new Clyde Commercial Framework working in joint venture with Graham.

“Kier was one of the first companies to sign the Armed Forces Corporate Covenant in 2013, putting it at the heart of its policy, and understanding the importance the construction industry plays in supporting the nation’s defence and security.”

Kier has previously worked on the naval base on the Clyde, working alongside the likes of Henry Brothers, Galliford Try, Interserve and Australia’s Lendlease.

Ian Arbuckle, DIO Assistant Head of Commercial Services, added: “We are incredibly pleased to launch our new framework for the Clyde. We have successfully selected three reputable industry partners who have demonstrated a commitment to delivering better value for defence.”

HMNB Clyde was established as a nuclear submarine base in 1964, having been originally constructed and used as a military base during the Second World War.