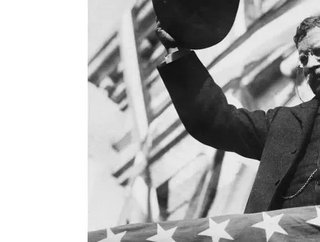 North Dakota-based architecture and construction firms appointed to assist with development of the project in Medora, North Dakota...

The Theodore Roosevelt Presidential Library and Museum Foundation has chosen North Dakota-based architecture and construction firms to assist with the development of the project, which will be built in the city of Medora.

In a statement, the library foundation has selected JLG Architects to be the project’s architect of record, and JE Dunn to be the construction manager on the long-planned project. Founded in Grand Forks, the architecture firm has offices in North Dakota, Minnesota and South Dakota, while JE Dunn is a Kansas City-headquartered company, with a large footprint across the US.

Contract negotiations with both companies are underway, the statement adds.

In September, the foundation picked Norwegian-American architecture firm Snøhetta to design the high-profile project, but Library CEO Ed O’Keefe said that it was important to have a North Dakota firm take the lead on the project, with JLG’s involved in holding all of the contracts for Snøhetta and its subcontractors, while working with JE Dunn to realise the vision of the project, he explains.

“This is a North Dakota initiative bringing North Dakota jobs,” says Ken Vein, the library's director of design and construction. “The Architect of Record and Construction Manager are just the start of what will be a multi-year, multi-million-dollar investment in North Dakota.”

The foundation will also add two new offices in Bismarck and Medora, the statement adds, as well as two new full-time staffers in the state. Tony Erickson, of Grand Forks, will be appointed as the associate director of design and construction, while Amy McCann, of Medora, will be the administrative director of design and construction, according to the release.

Having been in gestation for a while, the project has recently picked up steam over the last six months, culminating in October, when the foundation announced that it had reached its goal of raising £74.6 million in private donations, including £37.3 million from Rob and Melani Walton of the Walmart fortune. The milestone came with the promise of public funding as the foundation unlocked an endowment that state governor Doug Burgum and the State Legislature approved in 2019.

As part of the deal to receive public money, the foundation will need to pay £223,903 to the city of Dickinson as reimbursement for planning on the library, which was previously slated to be built in that city.

Furthermore, the foundation says that it will also set aside £7.45 million by the end of 2021 to be given to Dickenson State University to establish a digital archive of Roosevelt-related documents.

The proposed library aims to honour and recount the complex history of Theodore Roosevelt, the one-time governor of New York, who became the 26th president of the United States. As a young man, Roosevelt spent parts of three years hunting and ranching in what is now present-day western North Dakota, prior to his career in national politics.