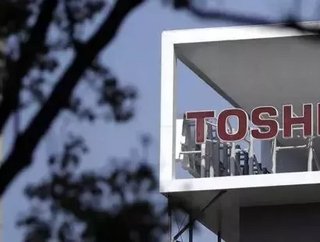 Japanese engineering and technology giant will complete construction work on plants across Asia before shifting focus to renewable energy...

Japan’s Toshiba Corporation will complete construction work on 10 coal-power plants ahead of stopping orders for new facilities as it pivots towards renewable energy.

The engineering and technology giant says that it will continue to manufacture steam turbines, offer maintenance services for existing coal-power plants and work on the construction of plants that have already been ordered.

The announcement highlights the differences between equipment suppliers as they move to leave behind the coal sector and focus on gas turbines and renewable energy projects. Samsung C&T has faced significant criticism over its intention to complete further coal projects before quitting the fuel, while General Electric said in September that it will pursue an exit from its existing obligations.

The firms have been coming under investor pressure to take action on climate change, while there is also the prospect of tighter government policies on greenhouse gas emissions, which will limit the scope for new coal-fired plants, even in Asia, where nations are currently reliant on the fuel as a form of cheap electricity generation, a Bloomberg report says.

“Demand for new coal-power plants has been dwindling,” Nobuaki Kurumatani, president of Toshiba Corporation, says. “We started considering withdrawing from new coal-plant construction in the previous fiscal year, and finally made the decision,” he adds, referring to the Japanese government’s pledge last month to become greenhouse gas neutral by 2050.

Over the next decade, renewable energy-related investments in Japan could total as much as £576.6 billion as the country looks to lower emissions, Kurumatani estimates. He adds that Toshiba currently has existing orders for the installation of coal-fired plant facilities in countries including Indonesia and India.

Shares of the firm rose by 0.8 percent in Tokyo training on Wednesday, following the announcement. The company has also released its second quarter earnings, announcing an annual dividend forecast that beat analysts’ estimates, Bloomberg says.

“Toshiba is able to make this shift because it is a diversified company, so exiting coal is not existential for them,” he adds.

The company plants to invest £1.15 billion into renewable energy for its operations through the fiscal year, ending March 2023, while it also aims to halve carbon dioxide emissions by 2030, including so-called Scope 3 pollution, spokesperson Takashi Ebina says.

Furthermore, the Japanese giant intends to increase annual sales from its renewable energy business to £4.68 billion by March 2031, compared to approximately £1.36 billion in the most recent full year. Sales from its thermal coal power and hydrogen businesses amounted to £1.60 billion in the year ended March 31, which represents 6.6 percent of total sales.