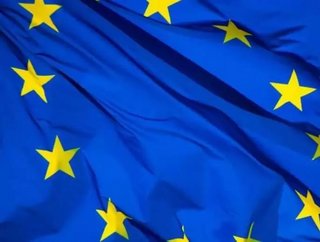 Monika Slowikowska, founder of Golden Houses Developments, believes a leave vote in the EU referendum would be bad for the construction industry. If a...

Monika Slowikowska, founder of Golden Houses Developments, believes a leave vote in the EU referendum would be bad for the construction industry.

If a leave vote is found, the negative effects would be felt for everyone involved in the sector, from housebuilders and developers to homebuyers.

“The UK would be worse off in terms of its ability to recruit good people and attract foreign investment and funding for regeneration schemes,” Monika said.

“Procuring building materials in the quantity we need and at the prices we currently pay could also be a problem if Brexit leads to import tariffs and quotas.

“In the UK, one construction worker in ten was born outside the UK, yet the sector is still held back by a skills shortage. A leave vote would exacerbate the problem. These workers would find it harder to come to the UK compared to say, Spain, Germany or France. This in turn would increase labour costs, which have already gone up by an average of eight per cent in the last six months alone.”

Monika is also worried about the effect Brexit would have on EU funded projects. “The European Structural Investment Fund (EUSIF), European Regional Development Funding (ERDF) and Joint European Support for Sustainable Investment in City Areas (Jessica) have, between them, contributed billions towards regeneration projects across the UK.  As one of the EU’s biggest net beneficiaries of these schemes, we stand to lose a great deal if we leave the EU.

“We also risk becoming an unattractive proposition for foreign investors from the other 27 EU countries. This is because increased travel costs and import and export tariffs could complicate the existing simple arrangements.

“The same applies to buying building materials from our European partners. Currently,

59 per cent of the building materials we import come from EU countries, who also buy 62 per cent of our exports in the same category. Today, these transactions are simple to process. If we leave the EU, we could pay higher prices and have to contend with more red tape. The inevitable result of this will be higher house prices across the UK.”