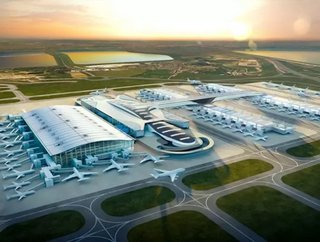 UK-based Arora Group has proposed a plan to extend London’s Heathrow Airport which it claims is less than half the cost of a rival suggestion. Arora...

UK-based Arora Group has proposed a plan to extend London’s Heathrow Airport which it claims is less than half the cost of a rival suggestion.

Arora says its new terminal buildings and runway extension, named Western Hub, will cost $19.5bn, which is significantly lower than the $42bn-estimated submission made by Heathrow Airport Limited. It is designed to boost annual capacity by 50mn passengers.

Rather than building independent new terminal buildings, Arora wants to build a campus-style setup around Terminal 5 in the space between the current building and the M25 motorway. The Western Hub plans have been designed by architect group Corgan, which has a long track record of designing airport terminals.

Surinder Arora, Founder & Chairman of the Arora Group, said: “Heathrow has been in monopoly control for too long and our proposals show what can be achieved through an alternative approach and Heathrow fully welcoming competition.”

Heathrow Airport Limited, perhaps unsurprisingly, played down Arora’s proposal, saying it lacked understanding of airport operations and showed disregard for those living nearby.

The UK government will present its final proposal for a third runway later this year, a motion which will be voted on by parliament.

Arora appears to have the backing ok key airline users at Heathrow. CraigKreeger, CEO of Virgin Atlantic, said: “Heathrow expansion is a once-in-a-generation opportunity to challenge the status quo and build the right airport for the future.

“Arora have developed a plan that will bring down the cost of construction and inject competition at the UK’s hub airport.  At first look, this plan appears to be a credible alternative.”

IAG, owner of British Airways, also weighed into the debate, adding in a statement: “The Arora proposal looks very interesting and deserves to be properly evaluated so that customers can get the best facilities at the most affordable price.”