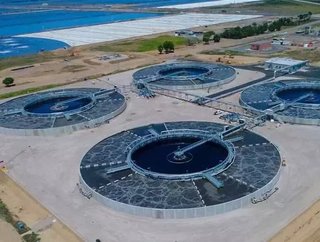 Construction is complete on an innovative nutrient removal plant which will significantly increase capacity at Melbourne Water’s Western Treatment Pla...

Construction is complete on an innovative nutrient removal plant which will significantly increase capacity at Melbourne Water’s Western Treatment Plant - where around half of Melbourne’s sewage is treated.

The additional capacity will support Melbourne Water in meeting the needs of Melbourne’s expanding population, now and into the future, ensuring that Melbourne continues to be one of the world’s most liveable cities.

Melbourne Water’s Acting Manager of the Western Treatment Plant Mike Smith commented: “Sewage is a valuable source of renewable energy and recycled water, and is contributing to our thriving wetlands.

“The Nutrient Removal Plant has been designed to minimise the carbon and energy consumed in treatment, enabling the Western Treatment Plant to continue to maximise renewable energy generation into the future.

“This project is an outstanding example of cutting-edge technology and design which will benefit both the community and the environment, helping to mitigate the energy use required to deliver safe water, remove and treat sewage, and manage the drainage and waterways across Melbourne.”

How Hansen Yuncken is disrupting the Australian construction sector

Planning for this $150mn project began in 2013 and was delivered between 2017 and 2019 for Melbourne Water by a joint venture between CPB and UGL with Jacobs as their designer.