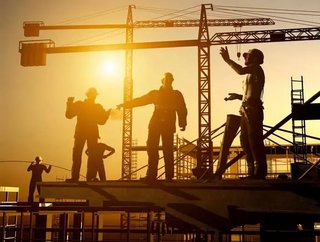 With news that Saudi Arabia, Bahrain, Egypt, Yemen, the UAE and the Maldives have cut diplomatic ties in the region, Qatar is in serious trouble. With c...

With news that Saudi Arabia, Bahrain, Egypt, Yemen, the UAE and the Maldives have cut diplomatic ties in the region, Qatar is in serious trouble. With closures of airspace, road and sea routes, with passages blocked through Saudi Arabia, alongside the suspension of flights to the country, such moves will no doubt cause economic instability.

Whilst Kuwait, who has yet to respond, is currently acting as an intermediary, Qatar has recalled citizens and informed diplomats they are to leave the country, leading to one of the largest diplomatic crises since the 1990s.

With limited access both in and out of the country, basic food supplies will become inflated, leading to further instability. The Guardian has reported that local shops amassed queues out of the doors, with citizens stocking up on essentials before potential price hikes or supplies run out.

This could soon cause a domino effect within every sector within Qatar, especially construction. With a reduced shortage of workers, with many originating from Egypt, materials can also no longer enter the country through Saudi Arabia. With a rising construction demand in a number of large projects, such as the FIFA 2022 World Cup stadium (alongside eight others), delays will be inevitable, with materials now taking longer to arrive via shipment, also leading to significant price hikes.

Additionally, this will also impact the country’s National Vision 2030, with many infrastructure projects now either delayed or postponed.

The economy has therefore saw a decline in stock prices, with companies losing significant revenue due to cut ties from neighbouring countries, impacting trading and future projects.

FIFA has yet to formally respond to recent events, but is in regular contact with the organising committee, according to Reuters. Many have commented that Trump has given Saudi Arabia in particular a new air of confidence to tackle Qatar head on, and take the country to task on its close relationship with Iran and extremist groups.

It is yet to be seen whether these relations will remain closed, but we will be keeping a close eye on how the construction sector and future projects remain affected.