The rise of renewable energy: GBP5.2b worth of construction contracts awarded in 2014 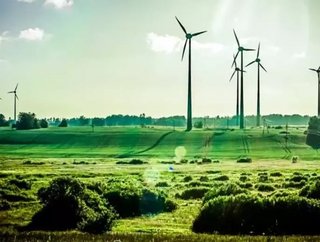 More than &pound;5.2 billion worth of construction contracts for 1,095 renewable energy projects were awarded in 2014 in the UK &ndash; the total includ...

More than £5.2 billion worth of construction contracts for 1,095 renewable energy projects were awarded in 2014 in the UK – the total includes a record amount of solar power projects worth over £1.7 billion.

The recent data from Barbour ABI, a sister company of Ecobuild and a chosen provider of construction data for the Office for National Statistics (ONS) and the Government, revealed last year renewable energy planning applications increased by 26 percent compared with 2013, continuing the trend of year on year growth in the sector.

While the renewable sector benefited from high levels of investment in 2014, 45 percent (409 projects) of renewable wind projects submitted for detail planning were refused at the planning stage, considerably higher than the average refusal rate of 12 percent across the construction sector.

The figures also illustrated that solar energy projects had the biggest increase in approvals year on year in 2014, increasing by 59 percent.

In addition, 611 solar farms with a value of over £100,000 were submitted for planning in 2014, compared to only three solar farms in 2010, showing rapid growth for this sector over the last five years.

Additionally the total contract values for renewable wind projects increased by 23 percent year on year in 2014.

Michael Dall, lead economist at Barbour ABI said: “Looking across the construction industry as a whole, for wind projects refusals to be running at 45 percent demonstrates there is clearly difficulties that likely range from the size and scope of the projects to public objections.

“On the flipside, wind projects contributed to 44% (£2.27 billion) of the total amount of contracts awarded for renewable energy last year, boosted by many large-scale projects such as the £105 million Corriegarth and £52.5 million Millennium South wind farms.”

He added: “The value of the 409 wind projects refused planning permission in 2014 totalled a planned spend of £1.58 billion, a significant figure to the construction industry.

“Alongside the increased importance of renewable projects to the UK energy sector, more may need to be done to look at reducing the refusal percentage of wind projects.”