Will Skyscrapers of the Future be Made of Wood? 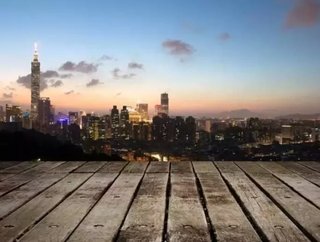 The future of high-rise buildings may well be wooden if recent reports are to come to fruition, with many of the worlds leading engineers and constructi...

The future of high-rise buildings may well be wooden if recent reports are to come to fruition, with many of the world’s leading engineers and construction experts anticipating that the concept of a ‘plyscraper’ is not as far off the mark as some may think.

130 years after the world’s first skyscraper was built in Chicago by American engineer, William Le Baron Jenney, the construction methods and by-products associated with such large scale infrastructure has inevitably led to companies exploring more sustainable and environmentally friendly options. And it seems that wood may well be the answer.

A bizarre concept on the face of it, the material used in wooden builds up until this point isn’t your typical untreated beam but rather is a type of super-plywood that has been created to maintain the strength of high-rise constructions.

This effect is achieved by gluing the layers of low-grade softwood together to create stronger timber panels and Vancouver-based architect, Michael Green firmly believes that this is the future of the industry when it comes to skyscrapers.

In his book, The Case for Tall Wood Buildings he explains how wood will be able to absorb carbon dioxide from the atmosphere even in this ‘engineered timber’ form, meaning that a 10-storey building could absorb as much as 1,600 tonnes of carbon, in comparison to a concrete building’s comparatively low 600 tonnes.

For anyone still sceptical about its impending usage, well, it’s too late and the UK and Australia are already leading the way in the concept’s innovation.

The nine-storey Stadthaus in London and the 10-storey Forte Building in Melbourne are officially the two tallest wooden buildings in the world but not for much longer with Bergen soon able to boast a 14-storey construction in Norway. Arup is also working on a 20-storey structure in Austria.

Some of the industry’s leading protagonists have taken note too, including One World Trade Centre and Burj Khalifa architects, SOM who are reportedly monitoring the trend with a view to joining the race.

The benefits of wooden skyscrapers are clear for all to see but criticisms regarding cutting even more trees down to aid the trend have also been refuted, with there now being a use for trees already damaged.

Similarly, trees can also be grown in nurseries; the carbon dioxide absorption throughout the growth of course being much more sustainable than the current production of steel and concrete.

Wood is unlikely to come in and suddenly usurp traditional methods, especially given the rate that skyscrapers continue to be built around the world, specifically in China and the US. However, it is for that exact reason that the industry can ill-afford to ignore the possibility of alternative construction methods such as this.

Nearly half of all greenhouse gasses emitted at present in the UK stem from the sector while 20 percent of all materials used on a building site end up being cast aside and thrown out by the end of the project. The reuse and eco benefits that would come from these so-called plyscrapers may just be enough for some companies to jump on Green’s bandwagon and take up the wooden skyscraper challenge.