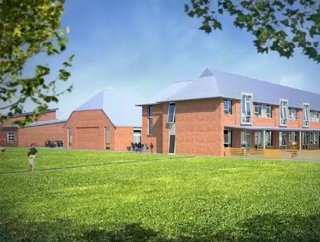 Balfour Beatty has been awarded a &pound;25 million contract to extend and upgrade six primary schools for the London Borough of Merton as part of the...

Balfour Beatty has been awarded a £25 million contract to extend and upgrade six primary schools for the London Borough of Merton as part of the £1 billion, four-year iESE (Improvement and Efficiency South East).

The six-school contract is the latest to result from Balfour Beatty’s appointment to the iESE framework in 2011, through which the company has been awarded in excess of £100 million worth of work, including two recently completed primary schools in Winchester in Hampshire.

Much of the work is on school buildings dating back to the 1930s and will incorporate updates to the latest energy efficiency standards, including innovations such as photovoltaic panels and low energy lighting.

Nick Kent, Balfour Beatty iESE Senior Contract Manager, said: “These six school projects for Merton Council further strengthen our position as a leading construction partner in the education sector and build on our good working relationship with the London Borough of Merton.”

The schools projects are scheduled for completion in September 2015.