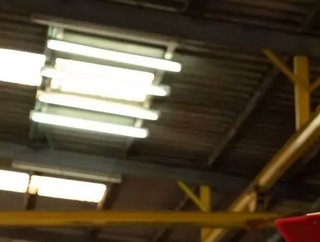 The Building Safety Group (BSG) reports a considerable decline in the amount of COVID-19 breaches reported on construction sites...

The Building Safety Group (BSG) reports a considerable decline in the amount of COVID-19 breaches reported on construction sites.

The report, commissioned by the UK’s largest construction safety group, BSG, has reported a 41% decline in the number of COVID-19 safety breaches on construction sites around the United Kingdom.

The figure is based over a three month period. The decline is thanks to construction companies implementing more stringent COVID-19 safety measures. These include strict social distancing measures.

The report is based on a total of 4400 independent site visits which were conducted by Building Safety Group between the beginning of June and the end of August.

Although most breaches which were measured were minor, there were more than 50 major breaches during June 2020, reducing to around 20 in August. The total number of non-compliances measured sank to around 75 during August 2020, compared to well over 120 in June.

It has been estimated by The Building Safety Group that the figure surrounding breaching the guidelines will reduce even further as construction companies and contractors become more accustomed to different working conditions relating to COVID-19 for the rest of 2020 and beyond.

The Building Safety Group has revealed some of the most common non-compliances that it reported on-site over the last quarter. The most common issue surrounded social distancing, which management and operatives not following the guidelines. Other breaches included inadequate welfare facilities on-site combined in insufficient cleaning regimes.

BSG also observed insufficient segregation amongst staff in canteens and other communal areas. A lack of hand sanitizing stations and PPE use were also highlighted in the report, in addition to outdated Site Operating Procedures found on site.

Stephen Bell, BSG’s Managing Director, said: “We are pleased to see that Covid-19 breaches have fallen since we began risk assessing companies’ prevention measures to counter the coronavirus. Although we expect this downward shift to continue, now is not the time to become complacent so it is vital that our industry remains vigilant and continues to follow government Site Operating Procedure (SOP) guidelines.”

About The Building Safety Group

Working as the United Kingdom’s largest construction safety organization, BSG operates across the nation with a goal of improving health, safety and environmental performance on construction sites. It is a not for profit organisation and currently has over 800 members which are spread across 3500 workplaces, all over the UK.