Construction is the hope of Turkey’s economy in 2016 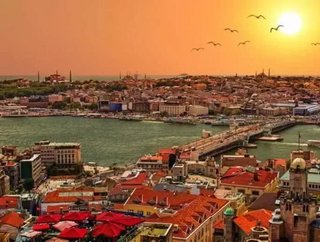 Turkeys growth rates for last year will be disclosed soon and are expected to be close to the optimistic forecast of 4.5% growth. First estimates put g...

Turkey’s growth rates for last year will be disclosed soon and are expected to be close to the optimistic forecast of 4.5% growth.

First estimates put growth at nearly 4%, which continues the average 3% growth rate experienced since 2012. Growth has slowed in recent years but considering the global situation, any growth is good news.

The 4% growth rate is based on domestic demand and doesn’t include foreign demand and exports.

Construction plays a large part of national income. The share of private construction investments and household consumption for houses equates to 17%.

In national income calculations, in terms of expenditures, food and beverage expenses have a contribution of around 20%. This shows that construction is the second most important item.

Last year the appetite for new homes decreased and there was a focus instead on selling off the existing stock of new builds. This is shown in the amount of building permits requested; in 2014 820,000 units were requested while in the same period of 2015 this figure went down to 620,000 units.

According to Central Bank data, property sales to foreigners including houses reached $4.3 billion. This figure was $4.1 billion in 2014 and $3 billion in 2013.

Istanbul was by far the leading location for house sales; it is also a noteworthy trend that a significant portion of those sales were for rental purposes and the high return expected.

Only 35% of houses sold were mortgaged, which demonstrates that two-thirds of the purchases were made without loans.

All of these are signs that during an otherwise cloudy 2016, the best sector, relatively, will be construction. It may not support Turkey’s economy alone but it is a great source of hope to those in the country.