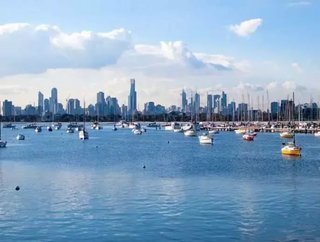 Melbournes construction scene is looking on the gigantic side with more than 20 200-metre skyscrapers either being built or planned.The latest edition t...

Melbourne’s construction scene is looking on the gigantic side with more than 20 200-metre skyscrapers either being built or planned.

The latest edition to the Australian city’s skyline is the Prima Pearl tower located in Southbank, standing at 256 metres and nearing completion.

It will be the second-tallest apartment block, but a whole 41 metres short of the Eureka Tower which also happens to be the tallest building in Melbourne.

According to the Urban Melbourne website, the city has 23 towers above 200 metres being built or proposed. This is a remarkable rise given that the first building of this size appeared in 1986 with just six more being constructed in the following 28 years.

Southbank aside, most of the giant towers are being concentrated on the western and northern edges having been signed off by the Napthine government and Planning Minister Matthew Guy, who approves or rejects projects of more than 25,000 square metres.

While these latest developments are causing a sense of jealousy in Sydney, concerns have been raised by Melbourne locals that such a volume of massive developments is leading to a lack of open space. Other problems include wind tunnelling and overshadowing.