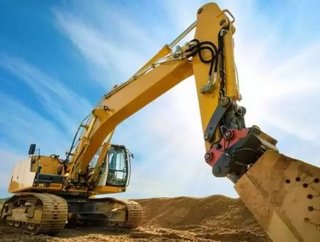 The European construction equipment market is performing relatively well in global terms. However striking regional disparities remain, according to the...

The growth of the European construction equipment sector seen in 2014 could not be sustained in 2015: sales in Europe declined slightly by a moderate 2.5 percent. Sebastian Popp, Economic Expert at CECE said: “What looks like bad news needs to be interpreted carefully.” Within Europe, market developments were highly diverse, a phenomenon which is apparent even in the large volume markets.

“We saw growth of almost 40% in Italy, but also declines of 25% in France“, said Popp. “France had a very bad year, but showed clear signs of stabilisation towards the last quarter.” Central and Eastern European countries and Southern Europe were the pillars of growth, though from very different start points. Germany, the UK, and the Nordic Countries remained the anchors of stability.

The CECE Barometer shows that the market grew significantly in the last quarter of 2015 and the first quarter of 2016. The index is clearly in a positive zone, which suggests a positive first half of the year when it comes to equipment sales.

Looking at the European market in 2016, it seems most likely that the recovery in Southern Europe will continue, particularly in Italy and Spain. Fuelled by infrastructure investments, Central and Eastern Europe should continue its growth. France could win back a portion of what was lost in 2015. The high volume markets like Germany, the UK, Nordic countries, Benelux, and Austria and Switzerland are not expected to see further growth, but a slump isn’t expected either.