Innovative solar projects around the world 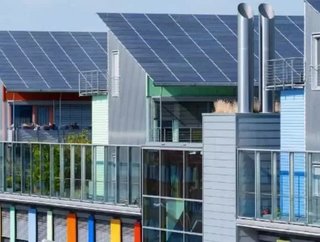 Solar has become one of the most efficient sustainable, renewable resources within the construction of new buildings and projects. With news that the la...

Solar has become one of the most efficient sustainable, renewable resources within the construction of new buildings and projects. With news that the largest solar farm within east Africa is set to be built, we look at innovative solar projects which have produced numerous advantages to the regions in which they are situated.

The mixed use building shields the Solar Settlement from noise an includes a roof top garden amongst a supermarket, offices and penthouses.

Although the foundations are constructed with concrete, the rest of the building is fabricated with wood.

Situated within Ladakh, the Druk White Lotus School in India has been constructed in order to fathom the region’s turbulent weather conditions, but is also sustainable and energy efficient, with inbuilt solar pumps which help deliver water to the school and its inhabitants.

Designed by Arup Group, the school has won several architectural awards, and has been built from locally sourced materials, such as mud brick which acts an insulator, with a photovoltaic system inbuilt in order to lower the buildings carbon footprint.

Winning the European Solar Prize back in 1994, the Munzingen Solar Garden housing development incorporates maximum natural light within its design.

Similar to the Sun Ship, the builds have been fully insulated, in addition to incorporating a water collection system.

Situated in the Shangdong Province in China, this sundial shaped structure is one of China’s largest solar projects.

Winning several awards from 2001 – 2008, the Solar Settlement in Germany is one of the most sustainable builds within the region.

The PlusEnergy settlement generates more energy than it consumes, with nearly 60 homes constructed from sustainable building materials, such as wood and photovoltaic roofs, incorporating natural light throughout the layout of homes on site. All the builds are emissions free, with a net zero carbon footprint.

Finalised in 2012, the EEI building is one of the most sustainable buildings witin Tokyo, with over 4000 solar panels, reducing co2 emissions by over 60 percent.