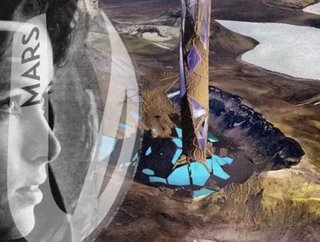 Founder of Idea Architects, Alberto Villanueva has created the concept of humans living in bacteria towers on a Mars utopia. The project plans to use th...

Founder of Idea Architects, Alberto Villanueva has created the concept of humans living in bacteria towers on a Mars utopia. The project plans to use the ice that’s said to be under Mars’ surface to begin terraforming it.

Villanueva envisions 3D printing techniques to be used to build towers in the planet’s craters, which would generate their own electricity from Mars’ magnetic field. Initially the structures would be built from soil on Mars but would eventually be replaced by towers of bacteria grown on the planet and fed by water. The living structure would also create oxygen for its human inhabitants.

Villanueva said: “As an architect I am worried about the overpopulation issue. It made me think about where would be the hardest place to tackle the issue. And because NASA discovered that Mars holds water under surface, that became my goal for this project.”

The organic towers would be designed to break down after six months generating a pool of water, fertile soil and clay. The purpose of this is to create a natural eco system that would allow humans to thrive on the planet.

Villanueva added: “The first point was to check what other professionals were doing and the resources that the spatial agencies have. The way to arrive to Mars, the 3D printing technology, the growing of bacteria and fungus… all have been tested.”

Now talking to different universities and space agencies, including NASA, Villanueva is ready to see if the otherworldly proposal could be taken further.