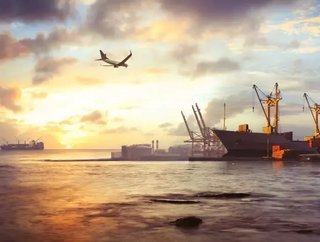 In 2015, China’s state-owned investment giant CITIC Group won a tender to build a massive port at Kyaukpyu, a town in the west of Myanmar. The $9bn...

In 2015, China’s state-owned investment giant CITIC Group won a tender to build a massive port at Kyaukpyu, a town in the west of Myanmar.

The $9bn agreement was struck on the basis of CITIC assuming a 70% share, with the Myanmar government and local operators receiving the remaining 30%.

Three years on, however, and the project appears to be in doubt.

According to the Financial Times, sources close to the Aung San Suu Kyi administration say it is looking to reduce the cost of the project amid fears that it would fall under Chinese control if Myanmar defaulted on debts.

The $9bn sum is also up to seven times the cost of Chinese-backed port projects carried out in Sri Lanka and Cameroon.

But what potential benefits might it bring to the Rakhine state of Myanmar and the country as a whole?

If completed, the port would open up substantial trade with the southwest of China, for it would provide Chinese companies a direct corridor into the Indian Ocean. Indeed, it is seen as a key part of its $1trn Belt and Road Initiative.

The proposed port site is also strategically placed in terms of oil and gas shipping, with recently built pipelines running through to this part of the coast.

China is also willing to finance Myanmar’s stake in the project, and would run the zone for up to 75 years.

However, many commentators point to other examples of China-backed ports which have caused trouble for countries of similar size to Myanmar.

In 2008 Sri Lanka began work on a joint project at Hambantota, but could not repay loans arranged to finance the construction costs. As a result, it has sacrificed control to China for 99 years as a means of debt relief.