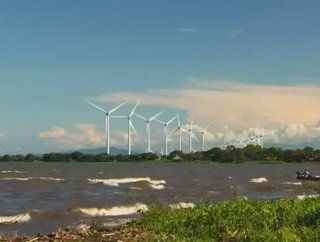 A giant canal in Nicaragua joining the Atlantic and Pacific Oceans will be under construction as of December 22.Government officials confirmed that the...

A giant canal in Nicaragua joining the Atlantic and Pacific Oceans will be under construction as of December 22.

Government officials confirmed that the $50 billion project will be built within five years with the target of becoming operational by 2020.

The canal will span 278 kilometres (172 miles) and will be longer, deeper and wider than the famed Panama Canal.

Construction will begin with the building of a port on the Pacific end of the waterway, which will eventually pass through Lake Nicaragua, cause of much local opposition worried about the impact on the fresh water supply and surrounding communities.

The project is expected to include two ports, an airport, a resort and an economic zone for electricity and other companies. A 600 metre bridge will cross the canal, which is being built by Hong-Kong construction company HKND.

Nicaraguan President Daniel Ortega believes that the scheme will help lift half of the country’s population out of poverty, while sceptics argue that the businessmen behind the project lack experience in the development and financing of infrastructure work of this scale.