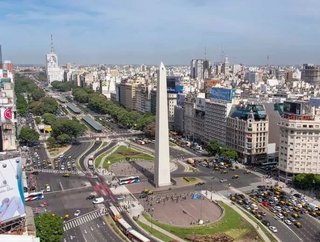 The four-year plan is expected to equate to around $6bn in investment, and is the first of many infrastructure-focussed public-private partnerships enacted by what is a market-friendly government.

Argentina’s Helport SA and Spain’s Obras y Servicios Copasa secured contracts for two of the six developments, which cover highways from Buenos Aires to Santa Fe and from Santa Fe to Cordoba. The amounts to approximately 900km of road.

China Construction America and Argentina’s Green SA are also working on a highway into the capital city, from La Pampa which is around 610km west.

Also among the contractors is Mota Engil, a Portuguese firm that will be working in tandem with other Argentine companies.

Argentina has agreed to reduce public spending after securing a financial settlement of $50bn with the International Monetary Fund, and PPP programmes are seen as a way of cutting this spend.

According to Reuters, a second wave of PPP announcements are expected, concentrating on areas such as rail and energy, thought to be worth up to $26.5bn.