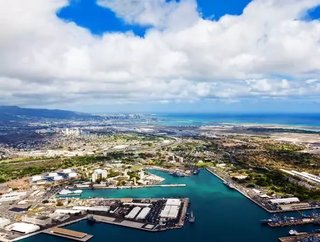 The US State of Hawaii will undergo a 32-year programme to renovate and construct military infrastructure in a scheme that will cost $2.6bn. The Hawai...

The US State of Hawaii will undergo a 32-year programme to renovate and construct military infrastructure in a scheme that will cost $2.6bn.

The Hawaii Infrastructure Readiness Initiative was announced by Senator Brian Schatz, which will begin with a £350mn project to build new air force facilities to address to shortcomings of the current base at Wheeler Army Air Field. This is scheduled to take five years.

Phase one of funding will also cover upgrades to Schofield Barracks.

Senator Schatz commented: “The planned funding is critical to Hawaii, to the Army’s success, and to our national security.

“Fulfilling this plan will require timely and predictable funding, and the Department of Defense has my commitment to provide just that as we get back to the regular business of passing appropriations bills on time.”

Hawaii is one of the most important bases for the US Army. At its headquarters in Fort Shafter, more than 100,000 personnel are houses, including soldiers, reservists and civilian staff.

In March, Schatz announced a wider increase in federal funding for the state, which he says will be spent on important infrastructure projects such as green energy, health and education facilities and housing construction.